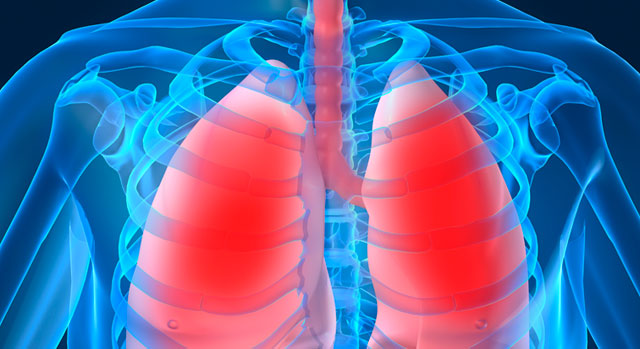 Lung disease is the number three killer in America, responsible for one in seven deaths, according to the Centers for Disease Control and Prevention. The Respiratory Therapy Department at Summerlin Hospital Medical Center provides specialized care, for a wide range of lung diseases such as asthma, emphysema and chronic bronchitis.

Asthma is a chronic lung disease caused by inflammation of the breathing tubes, which leads to slowing of air flow into the lungs. The breathing tubes are sensitive, swollen or inflamed in people with asthma all or most of the time, even when there are no symptoms.

Asthma is characterized by recurrent symptoms such as a persistent cough, wheezing and breathlessness.

What are the symptoms of asthma?

The symptoms of asthma, caused by the swelling of breathing tubes, can vary among people and can include wheezing, shortness of breath and chest tightness. Other asthma symptoms can include trouble controlling a cough, a persistent cough at night, difficulty breathing during or soon after physical exertion or exercise, or waking up at night because of one or more of these symptoms.

What causes asthma symptoms and attacks?

People with asthma have inflamed breathing tubes that are sensitive to things that do not bother other people. Although these asthma "triggers" vary from person to person, some of the most common include:

What happens during an asthma attack?

During normal breathing, the airways or breathing tubes in the lungs are fully open, allowing air to move in and out freely. But people with asthma have inflamed, supersensitive airways. Triggers irritate the sensitive airways and: