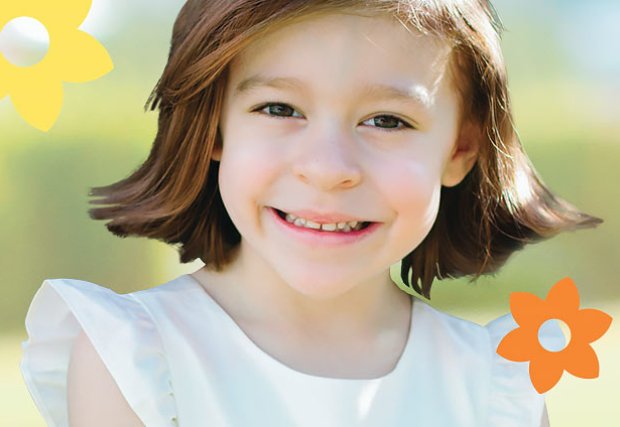 Specialists at the Children’s Medical Center at Summerlin Hospital discover the surprising source of Madalyne Orr’s pain and take action.

Monica Orr didn’t think much of it when her daughter, Madalyne, 4, complained of stomach pain while eating dinner last fall. Madalyne was a picky eater, and often said she had a tummyache when she didn’t want to eat her vegetables. But at bedtime, Madalyne was still complaining about pain, which was unusual.

Monica, a registered dietitian at Desert Springs Hospital, became concerned. Her daughter’s pediatrician ordered an x-ray, which indicated mild constipation. Despite treatment, Madalyne’s symptoms persisted for a month and she developed a fever. Monica requested blood work and it showed a rising white blood cell count, which can indicate infection.

On December 18, 2015, an ultrasound of Madalyne’s abdomen detected a cyst close to her bladder. The pediatric gastroenterologist advised Monica to take her daughter to the ER, so she went to Summerlin Hospital. “Madalyne had lost weight and was very pale and anemic. My husband, Jeff, and I were hopeful that we would finally find out what was causing her symptoms,” says Monica.

Pediatric Hospitalist Tricia Sellers, MD, examined Madalyne. A CT scan of her abdomen confirmed the cyst was near her bladder. She called Andrew H. Hwang, MD, FACS, a pediatric urologist, to evaluate Madalyne.

Dr. Hwang thought Madalyne would need surgery, but he wanted to try and drain the cyst first. However, after minimal drainage, Dr. Hwang removed the cyst on December 22, 2015. “Madalyne’s surgery was more involved because the cyst was attached to other tissues and organs,” says Dr. Hwang. “That part of Madalyne’s bladder did not develop properly, which caused the infected cyst. We corrected that area after  removing the cyst,” he says.

Soon after surgery, Madalyne’s white blood cell count dropped, she felt much better and was finally able to eat.

Monica has nothing but accolades for the care her daughter received at Summerlin Hospital. She says the one thing that stands out is the way doctors addressed everything so quickly when Madalyne arrived in the ER. “Dr. Sellers coordinated everything, and once Madalyne was admitted, she came in daily and reviewed the day’s plan. She made us feel comfortable with what was going to happen,” says Monica.

Monica was also impressed with the child life specialists who took care of Madalyne. “They were so patient with her, even though she was scared and cranky at times,” says Monica. “One of the child life specialists even went into the procedure room with Madalyne when they put her drainage tube in, and was with her when she came out.” Jeff, Monica and Madalyne are so grateful for Summerlin Hospital and its staff. “It was a scary time for all of us, not knowing what was wrong with Madalyne, but they were empathetic and discovered the problem quickly and addressed it,” Monica says.

Madalyne continues to see Dr. Hwang for periodic followups. After a recent visit, he told her she is doing very well with her recovery. “I gave Dr. Hwang the biggest hug! He is my favorite doctor,” says Madalyne. 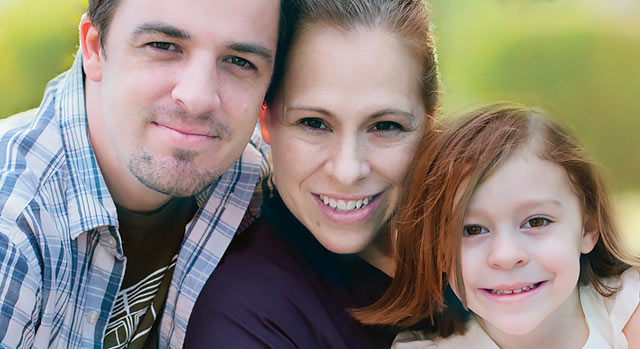 Jeff and Monica Orrwere so relieved whendoctors found the causeof their daughter’s pain.They are grateful to the staff at Summerlin Hospital, and are thrilled that Madalyne is back to her happy, carefree self.

It is natural for a child to feel fear, anxiety and stress during a visit to the ER or when admitted for a procedure or surgery. That’s where the child life specialist comes in, alleviating fear and anxiety through play and selfexpression activities, such as art, music or storytelling. They use visual distractions and age-appropriate medical preparation and education, and can also teach breathing techniques to help your child relax.

Learn more about the role of child life specialists at Summerlin Hospital.

To find a physician or specialist, call our free physician referral service at 702-388-4888.