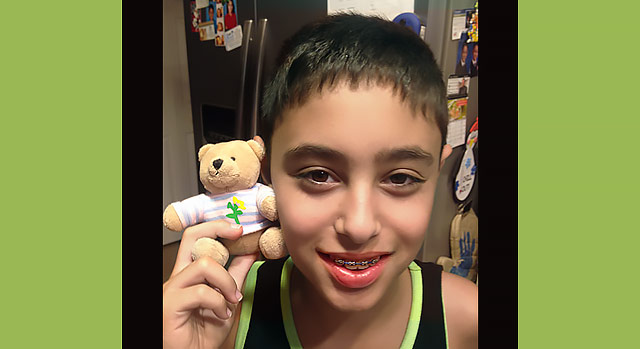 As of December 2016, Zareh Shamirza is 11 and a half years old, in the sixth grade, and enjoys playing soccer, the piano, video games and playing with his dog. He is also an honor student.

However, on July 1, 2005, Zareh was born weighing just one pound, 11 ounces, tiny enough to cup in one hand except with a brain, a heart, lungs, 10 fingers, 10 toes and everything in between. His birthday was one day shy of 24 weeks, and his mom, Diana, still remembers doctors coming to her room, explaining the first 24 hours are critical, and trying to emotionally prepare her for what might—or might not—occur. 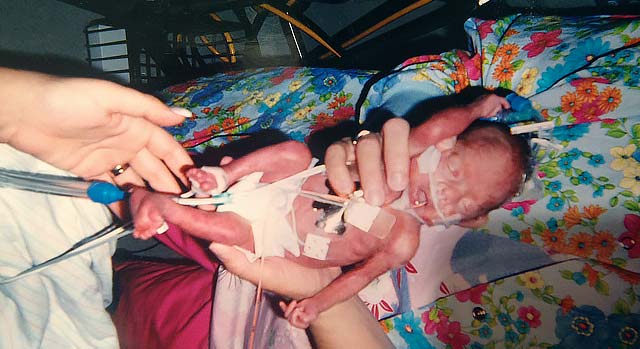 For Diana, it was sometimes hard to breathe, but always easy to cry. “When I saw my son for the first time, he didn’t look real. There were so many machines, tubes, alarms and needles, and when I saw him, it was hard to breathe.” But then came the tears. Tears of joy because he was alive, tears of frustration because she wasn’t able to help him and tears of anger because it wasn’t fair. With her husband at her side, they would cry silently, tears blurring their vision as they watched their precious baby in his “bubble.”

As the days and weeks passed, Zareh passed tests, met goals and achieved milestones. “He amazed everyone of how strong and determined he was to survive,” said Diana. "We bought a cake for his one-month birthday and celebrated with the NICU staff. When he was two months old, my husband slid his wedding ring up to his shoulder.“ 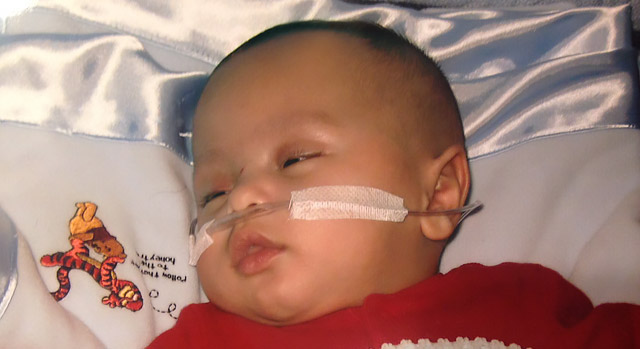 At two months, Zareh also achieved the milestone of wearing baby clothes. Seeking out the tiniest outfits, Diana keeps one framed in Zareh’s room, as a reminder that life is a gift and to always appreciate “the now while being grateful for what was.”

After four months in the Summerlin Hospital NICU, he came home with his parents, as well as all his machines, instructions, tubes, alarms, appointments and medications! For Diana, the first year of his life was the hardest, but also the most rewarding. “Zareh’s milestones reminded our family that anything is possible if you have Faith.”

Today, Zareh is in middle school, taking accelerated English and Math classes, playing soccer and piano, riding his bike and playing with his dog. He has a heart of gold, the spirit of a fighter and the soul of an angel. He’ll also be the first to tell you his life is a gift, and he is forever grateful his parents never lost hope or Faith in him.

“My husband and I will always have hope and Faith in Zareh,” said Diana. “After all, he never gave up on himself so why should we?"

Learn more about the Children's Medical Center at Summerlin Hospital